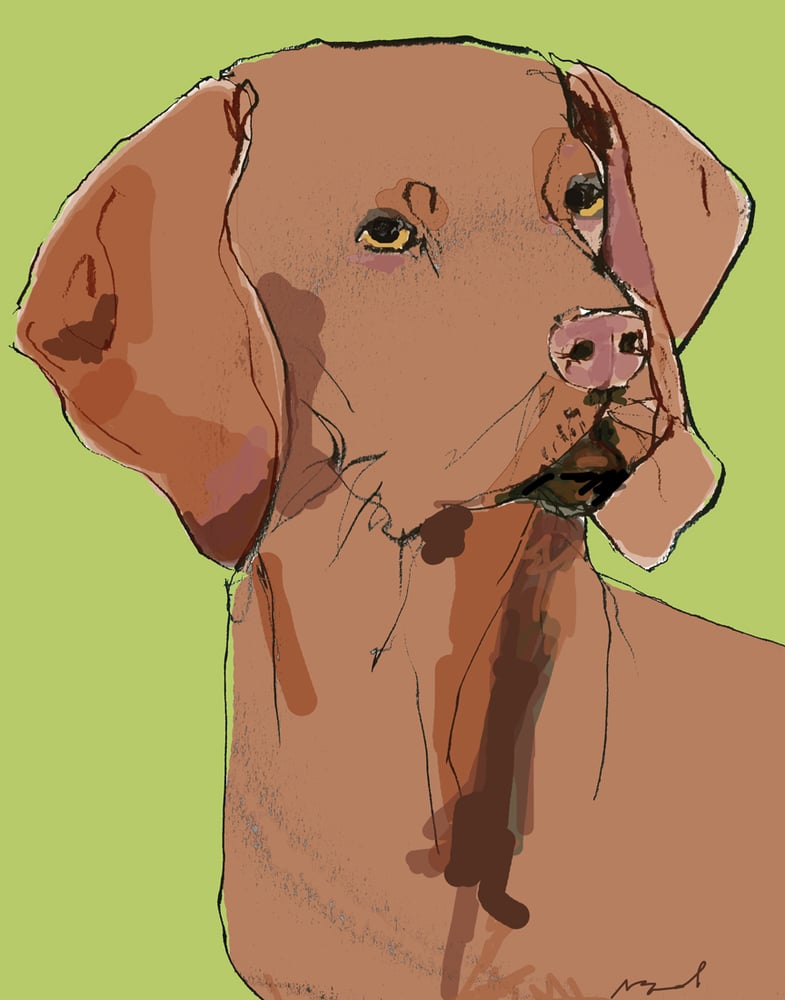 Pronounced “Veesh-la” -
Vizslas originated in Hungary. Otherwise known as Hungarian pointers, they were used by nobles and warlords to hunt wolves, deer, hare, wild boar, and more. When the Russians invaded Hungary after World War II, Vizlas nearly faced extinction. Fortunately, they managed to survive and were brought to the United States in the 1950s.

Often described as 'velcro Vizslas', they are attached to their people following closely, leaning against
your leg or sitting on your feet.