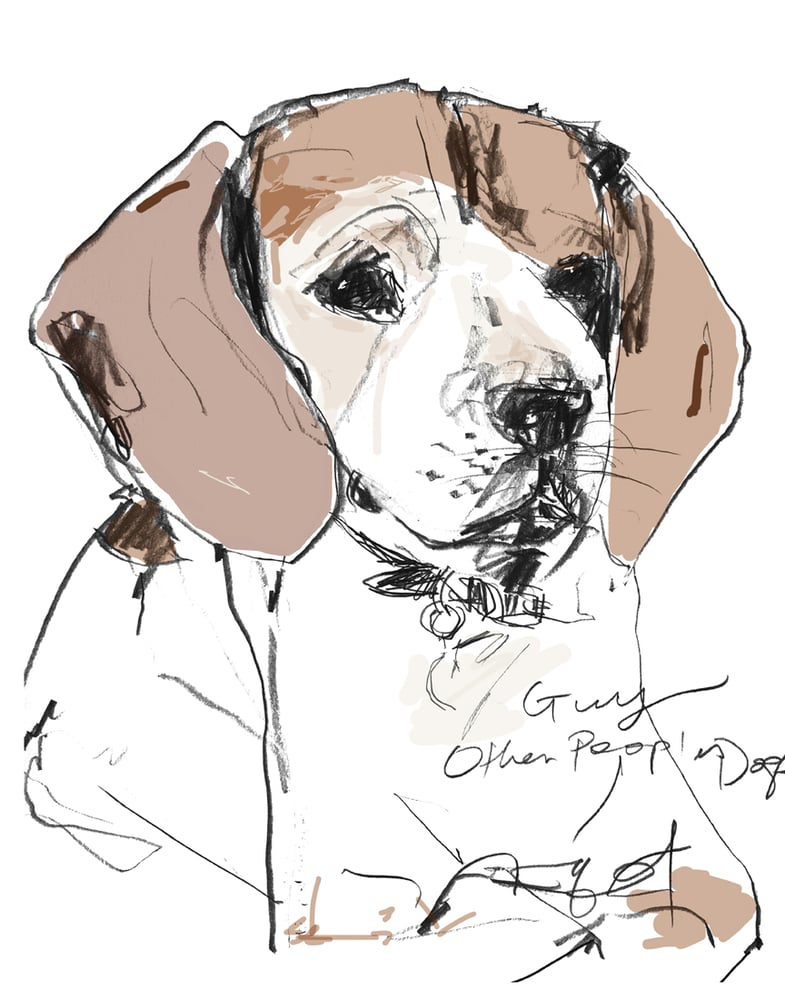 Owner - Meghan Markle
In 2015, a Beagle was found alone in the woods of Kentucky by a good samaritan and brought to a kill shelter. No one wanted to adopt the Beagle who was on the euthanasia list. Days before he was to be put down, a Canadian Beagle rescue group was contacted by the shelter and they decided to take him. Groups of dog lovers took turns driving the Beagle from Kentucky to Toronto. At an adoption event, a woman who was temporarily working in Toronto saw the Beagle and decided he was for her. The woman named the Beagle Guy. That woman was an actress named Meghan Markle. She ended up marrying Prince Harry. On his owners wedding day, Guy rode to the wedding reception in a car with the Queen of England. He now lives at Kensington Palace.